I'm terrible at remembering dates. It's a fact.

Let's see, I know the year I was born, the year I graduated high school and yep, that's about it. So, if I told you something about my childhood and you asked when it had happened, chances are, I'd look thoughtful for a moment and then say, I was about 12 at the time. This works quite well for me unless in the story, I show really poor judgment, in which case I change the age to one that puts me in a less culpable light.

Examples of how this works:

#1
One summer day when I was about 12 years old, I was walking to the store and wondering what sort of treat I should get. I'd pretty much decided that I needed a large orange Mr. Freeze or maybe a blue one. As I thought about this and walked on withering in the heat, I lifted a hand to brush the hair out of my eyes just as a squad car rounded the corner. The police officer driving thought I was waving at him and gave me a smile and a quick salute. I thought that was nice. I always wave at the police in a friendly manner now, unless I'm busy running from them and then I don't always have time. 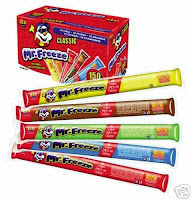 #2
One summer evening, my friend and I decided to try and stay up all night just to see if we could. By the time 4:30 a.m. had rolled around, we'd already answered the question 'do you think we could count all the stars in the sky?' and we were definitely flagging. We decided to take a walk and ended up in a neighborhood a few blocks away.

In one of the driveways we passed a white van was parked. Through the windshield you could see a small toy replica of the van with a potato chip company logo on it. My friend said matter of factly I want that. I peered through the passenger side window hands cupped around the sides of my face for a better view and said Forget the toy, I want all those chips in the back! The back of the delivery van was loaded with boxes of chips! My friend tried the doors up front and they were locked. Dejectedly, he tried the rear doors and unbelievably, they were unlocked!

Without words or thoughts of consequence, we started offloading boxes of chips and running them across the few lawns between us and the end of the street. After a few trips back and forth, there was an awful screech of tires and a flash of light. My buddy called out It's the cops!! Run!!

We threw the boxes up in the air and tore off through backyards and over fences movie style and made it back to his house where we quickly crawled through his ground level bedroom window and sat there in the dark gasping for breath as quietly as we could.

When the adrenaline finally let us think, we sat there whispering recriminations. If you hadn't been so slow, we'd have gotten all those chips and been out of there! Yeah? Well if you hadn't been so noisy, we wouldn't have had to run from the cops in the first place! Oh yeah? Yeah. Shutup. You. Our fear collapsed in our laughter and the sun rising helped dissolve any remaining nerves as we stuck our heads back out into the world.

Alongside his house were the woods and dozens of trails we regularly played hide and seek, picked hazelnuts and rode our bikes in. Off in the distance you could see the hospital and the mountain we climbed. That morning, we took the trail through the woods that led us alongside the neighborhood we'd run from earlier.

Somehow, a couple of the boxes we'd been stacking had tumbled down the embankment into the woods we were now standing in and ran them back to his place almost as quickly as when we'd originally escaped the scene of the crime. We spent a while that morning eating chips and laughing and then started selling the rest to neighborhood kids. I was probably about 8 years old at the time. 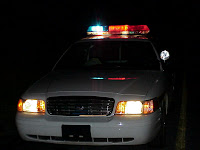 #3
Have you ever gotten to the store only to find out they've run out of the only thing you really wanted? One day after a particularly long walk in the summer heat, I was melting. All I wanted was an orange or a blue Mr. Freeze. I made it to the store and they only had red ones left. I bought a bag of chips instead. When I got home, I burst into tears. I was probably about 6. Not 42, 6! Shutup! You better watch it, I'm friends with the cops you know. I'll get them after you.

Labels: I hated it when they started to all be called freezies, I want to be buried in a bag of chips, the long arm of the law is sometimes busy waving back at you
Share |

Whew! The comment button was missing before. I was beginning to panic! I don't know, Dale, I often have little tantrums inside when I don't get what I want. I'm 2 (+40).

Um, I hope that the statute of limitations has elapsed on your previous crime. I'd hate the thought of you being hauled to the pokey because of your admission here.

Funny how memory works, isn't it?

My brother and one of his college buddies unloaded a pizza truck while the guy was in the dorm makling delvieries. I'm not sure how many pizzas they made off with, but it was enought to feed their floor.

A blue Mr. Freeze (now known as Freezie)? What were you thinking? No wonder you turned into a chip thief. Pfft, they were probably ketchup chips anyway.

I had no idea you were such a crazed hellion in your youth, sir.

I especially like the idea of chip-laundering by selling the excess goods to the other kids.

Your poor parents, they tried to keep you out of the hoosegow.

If Anne Rice were to write a book about you, it would be "The Tale of The Potato Chip Thief."

I think it was the sugar cravings, highs and subsequent lows that drove your delinquency. Stay off all the pops and freezes, before you wind up on "Cops."

Mmmm....if you ever happened to have a chip on your shoulcder, I guess you'd be one of the few people who knew exactly where if not when it came from.

My concern though is forget when it happened, I was just hoping that you got the Mr. Freeze that you wanted.

I had a really snappy comment to this post when I read it a couple of days ago, but the comment option was not available. My attention span will not allow me to read this again and try to salvage the thought inspired by your story.

But I do love potato chips.

I thought of that too X. Dell and posted the thing I'd do the least time for.

Sounds pretty classic Lulu. I'll tell you some time about my career in crime (it's a short story).

Come on, even Ketchup chips are worth it Barbara.

I've had more than a few ridiculous escapades Mob, some criminal, most not.

Haha, I did what I could to thwart them Old Lady. Lucky them. Congratulations on using hoosegow here. I believe it's a first!

I think Anne's busy with her own bag of chips right now Write P. Your theory might be correct and I'm still running from the sugar today. I'm always dressed though so I'm safe from COPS.

What are doing tonight Winter? I've got a scheme I'm hatching.

Then you can't be all bad like they say Flannery Alden.

Cute stories, but I feel you are too engrossed in the Mr. Freeze and other frozen treats. Oops, I feel a post of my own coming now.

I've never seriously thought of stealing...well, I have come close to knocking down a few Girl Scouts and running off with all their Thin Mints.

I thought I saw your photo on America's Most Wanted. That deer in the headlights look was precious..
I'm thinking recycled teenager, right Dale?

I live to serve Coaster Punchman, just not the Mr. Freeze. They're mine!

Beckeye, you've got interesting psychic blogging abilities. I was in the middle of using a girl guide joke in my next post when your comment came through. Weird!

I'm well known for my deer in the headlights Jake's Mom, thank you! I'm not sure what 'recycled teenager' means though.

Just that you've been around the block and wanted another go at it.
You know...you're a fun boy.

Been around the block is key to this story I think JM. :-)