Please tell me that ringtones will soon go the way of novelty neckties.* 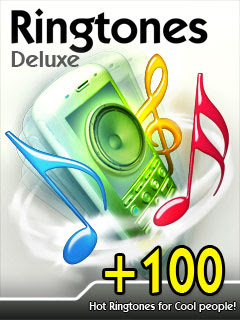 *That one chick on the train who has Johnny Cash singing 'I fell into a burning ring of fire...' every time her phone rings can keep hers though, I like it.
Posted by Dale at 6:22 PM

Labels: hello I love you won't you sell me your shame?, hello is it me you're trying to piss off?, hello there, thanks for all the great holiday wishes, the call is coming from inside the train
Share |

I have "Call Me" as my ringtone. I am just that lame.

Actually, I've been keeping my phone on vibrate for months now. I just hate listening to the damn thing. And there usually aren't many people I want to talk to. Except you, Dale, and you never call. You don't send me flowers anymore either, you heartless bastard.

To tell you just how up to date I am, I just got a phone upgrade to one that will handle ring tones.

Mine is Monty Python's Knights that say Nii!

I don't know, sometimes ringtones help, especially when you don't have enough time before it goes to voicemail.

With some friends, you know that you can let it go to voicemail and you can finish your dinner.

Some guy on the bus at Christmas had that "I Like Big Butts" song on his phone but I didn't mind too much because I felt accepted as I'd just eaten a huge piece of pie.

I have "Popular" from Wicked (because I'm dainty and blond?) but mostly keep it on silent mode. I have cast many disapproving looks at co-workers who leave their obnoxious cell phones on their desks when they are away.

Call Me ain't so bad Beckeye. If you'd lift the restraining orders, I'd start with sending the flowers and vibrating again!

The Knights that say Nii is fairly acceptable S-Dad as long as it doesn't wake me up on the train!

You don't have everyone set up with separate rings do you Cormac? It's this sort of thing that makes me never call!

It might be fun to see her jump through a flaming hoop Chancelucky but since she has taste, I'll not wish her further harm.

It's important to be accepted no matter the cost Vegetable Assassin!

That's hilarious MichaelG but only if it rings and plays often, otherwise, it's sad. Congratulations on the disparaging looks. A co-worker has his alarm set to go off every day at a particular time to take meds or some such but never fails to leave his desk at the time it's about to go off. I've taken to hiding it on him. If he has a seizure, it's not really my fault is it?

I was kind of hoping cell phones would go the way of the novelty necktie, actually.

Honestly Dale, what would you consider acceptable ring tones? I'm sure you can think of a couple. For myself, I would consider Queen's We Will Rock You, the theme song to The Good, The Bad, & The Ugly, or various soundbites from Pulp Fiction, such as Harvey Kitel's memorable line, "I'm hungry. Let's go get a taco."

I'm ashamed to admit it but I would also accept Liza Minelli singing, "Put down the knitting, the book and the broom and come to the Caberet!" I'm goofy that way.

So what are acceptable ringtones? Would they include any more country tunes or would you lean more towards heavey metal? Would you include some opera or perhaps some top forty or oldies?

My vet's ringtone is Darryl Hannah's whistle from the beginning of 'Kill Bill' when she's in the hospital, and it freaked me out when his phone went off while he was injecting Lexie with ketamine. Jerk.

I love ringtones...it gives me insight into who people are. For example, I'm a giant nerd because I have Hedwig's Theme from Harry Potter. But that's only becuase I'm using Doc's old phone; my cool new phone broke. So I no longer have 4 Minutes to Save the World.

And don't let Doc fool you: he'd drag around a dead possom hooked to his belt before he'd carry a cell phone. I think he's allergic to them and would go into anaphylactic shock if he had to answer it. I'd say his ring tone would have to be "If the phone doesn't ring, it's me." Either that or "Don't Fence Me In."

I have crickets for my ringtone. That's how often it rings.

I want to get "No Phone" by Cake for mine now that I actually have one.

I always leave my phone on vibrate (stimulating!) but if I were to have a ringtone, I'd want it to be Kathy Griffin's voice from New Year's Eve on CNN screaming, "I don't come to your work and knock the dicks out of your mouth." I just like it that much.

I can record my own sounds for my ringtone so mine is my wee daughters saying "More Brains!" (a la zombies) over and over.

It makes strangers uncomfortable which is why I love it so.

I have been laughing a good 10 minutes over WendyB's comment!!

Is "I Wanna Be Sedated" acceptable? God, I hope so. I'd hate for you to judge me.

My ringtone is Should I stay or should I go by the Clash. Sometimes it startles the hell out of people. I usually have it on manner mode while in transit, cause I know I really don't appreciate other's taste in ringtones :P

Ringtones? I don't even know how to set the correct time on mine!

"You don't have everyone set up with separate rings do you Cormac? It's this sort of thing that makes me never call!"

Not everyone, Dale, and for you? Call me anytime so that I can put my sideburns on, my conductor's cap, and sing Elvis to you with a Korean accent.

I'm with you Barbara, unless you're waiting for a kidney transplant or a really good drug shipment, there's no need of cellphones everywhere.

The one I find most acceptable Doc is the one that sounds sort of like a telephone ringing. The next best is the one where I don't hear it at all.

That one plays all the time on this guy's phone on the train Mistress. I'd hate to hear it in the context you did though. You should put on your eye patch.

Doc knows how to get a whole row of seats to himself Flannery! I know what I want for Christmas next year, a dead possum and a sturdy belt!

That's the one I should use too Bluez, I hardly ever turn the thing on and even if I did, well, insert cricket noise here.

I laughed when I heard that Wendy B so chances are, I'd laugh every time your phone rang. Crazy comments make good sense to me.

More Brains is excellent too Bacon Lady. Why aren't you and Wendy B on my train at night competing with Johnny Cash?

I'm constantly judging you Bubs but it's almost always just before they give me the meds that put me out, you're safe.

Your taste level is definitely up there Mellowlee so no worries there. "On manner"? Is that there term or yours? It sounds so genteel.

At the ringtone Suze, the correct time will be 7:11.

You might get tired of me calling after a while Cormac. I usually plan it so it's in the middle of dinner or other important family times. Be prepared.

I have "What's So Funny 'Bout Peace Love & Understanding" on mine. But only on my work phone. I love it when it goes off during client meetings. Seems to loosen things up a bit.

Not as much as Skyler's though!!

I think Doc probably WOULD carry around a dead possum.

And no fair that Deadspot finally has one.

My phone won't do separate ring tones for different callers. I 'spose that means I should upgrade! I do have X's "Los Angeles" as my "loud" ringtone and Robyn Hitchcock's "Adventure Rocket Ship" as my 'soft' ringtone.

A person I work with has Modest Mouse's "Float On" on hers and every time it rings that song sticks in my head all day long. Not that I mind.

Yesterday I had the South Park theme song stuck in my head all day long. For no reason at all. See? Things can definitely be worse!

i have a variety depending on my mood and state of mind. yeah, they're sorta lame, but hey! i love my songs, so i'm good with it. the johnny cash one is a good one!

My hubby has a telephone ringing ringtone for everyone else except me. It's kinda funny at the soccer games, with all the snooty-nosed soccer moms and dads, when I call him, and "Super Freak" starts playing. I do it for the hell of it--every game!heh!
Oh- BTW-- how's Honeypot? The KBL?
Tina

I have Piano Concerto No.1 in B Flat by Tchaikovsky. It's not irritating (to me) and it gives me time to dig the phone out of my purse.

I don't have ringtones for others...but maybe I should!

Love that song CP although I don't know how I'd feel about the ringtone unless I heard it live. Deadspot could have used one a while back couldn't he! Doc Possum has a nice ring to it, no?

Things can always be worse GlassMeow. If only all you cool types were riding the train with me at night, I might smile more when you all got on the horn.

It's always good to have options Princess you moody thing!

Very novel X. Dell, I have the same one! What are the odds?

That's hilarious Tina, funny you should mention KBL - one KBL story coming up!

I won't fault you Melly for a lovely sounding choice in ringtone, unless it wakes me up.

My daughter has recorded her own voice for a ring tone. Think southern accent:

"Hiii. This is Bob from the Pickle factory. I'm calling on behalf of those pickles you ordered yesterday. I'm doing to send them to you through airmail and you can pick them up at the Canada Post office tomorrow at exactly 7:42 pm. Thanks hon.

All of my ringtones are the original versions of classic songs so everyone can enjoy them. I have the theme to Monday Night Football, Stevie Wonder, "Supersticious", the beginning of Nirvana, "Smells Like Teen Spirit", Foghat, "Slow Ride", Dr. Dre & Snoop Dogg, "Nuthin' But A G Thang", "Bizarre Love Triangle", Amy WInehouse "Rehab". I went to town buying actual songs for ringtones when I got this phone and I still love them all!