Splotchy, creator of the most excellent Green Monkey Music Project, allowed me to participate in Volume 6 of the series Can't Wait For Halloween! I hope I didn't botch the theme too badly and can explain what spurred me to submit these songs.

The rule this time out was that the songs were to have at least a tenuous connection to Halloween or be spooky in some way.

You can download my selections and those of the other participants here.

For The Misfits, every day is Halloween! For 30 years and through numerous personnel changes, their aggressive punk melodies have endured and inspired countless bands. I chose this one because not only does it bring to mind the band's horror movie fascination but the tone and lyrics remind me that there's a reason I worry about all those scary monsters and super creeps out there. They'll be in New York City on October 31st if you dare. 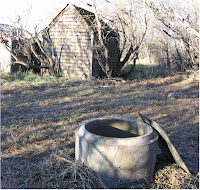 2. Grant Willard Conspiracy - The Ghost of the Girl in the Well

Is it too precious to describe a song meant for a Halloween mix as haunting? While I don't know a lot about the band other than that they're difficult to categorize and I like what I've heard, this song, featuring Kristin Hersh on back up moodiness, sets a tone that's hard to shake.

3. Siouxsie and the Banshees - Peekaboo

Ghoulish yet sexy, Siouxsie Sioux's been scaring me for years. I saw her in a double bill with Julian Cope years ago and she was mesmerizing. 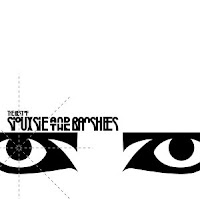 Most of the songs from 1988's Peepshow could have found a place on this list but this one gives me a sense of dread that makes me unsure whether I want to watch her or I want her to watch me. Boo! 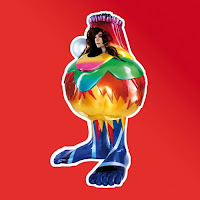 My favourite alien Bjork dishes up some otherworldly howling in a song that for me expresses the torture and embrace of pain that your fevered brain might know how to express but you never could. If she ever stops singing, she could open a costume store and make a fortune. Another of my favourite concert going experiences.

5. Richard Shindell - Are You Happy Now?

Not your standard somebody done me wrong song, this funny and bittersweet tale of a lover running out on a relationship on Halloween gets me every time. I probably shouldn't but I smile and feel happy when it comes on. The lyrics are so damned poignant and real. I wonder who it was that tricked poor Richard.

Thanks for letting me play Splotchy!
Posted by Dale at 8:45 PM

Thanks a lot for these peachy-keen descriptions of your choices.

I like 'em all, but I've been giving the Shindell song the most listens lately.

Thanks for participating, and may nothing come ripping upon you that you don't want ripping.

Did you see Siouxsie on some award show recently? She's still pretty scary.

I would totally shop at Bjork's costume shop. I've been jonesing for a dying swan dress (complete with large swan egg anklet bracelet) for a long time now.

And that Richard Shindell song is really pretty!

I did what I could Splotchy. Glad you like them but I agree, the Shindell is pretty damned excellent. I hope I can play again sometime soon.

I didn't think that was classified information X. Dell. Her last single was Earth Intruder so I'm sticking by my story.

Siouxsie's still scaring up attention is she Barbara? I'm sure she'd lend the swan dress to you if you asked nicely but I demand photos. Glad you liked the Richard Shindell song, I love it.

"my favorite alien Bjork". You're flawless.