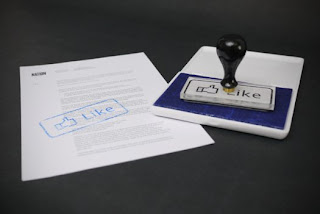 Are you no longer in contact because your friend said it would be great if life were in 3D? That would probably do it for me.
And with a name like yours, you can always fake it. Nope, wasn't me!!

I, on the other hand, am so glad that life is actually in 2D. It's so much easier when you people can't escape the sheet of paper and actually touch me.

My name is far to common in a Google search, I never come up with anything interesting. I was Googling something once (probably random lyrics) and all the search results pointed to my own blog, which I found amusing. Sadly, not in the least helpful.

That's exactly why Gennifer6! I have a list of prepared excuses at all times.

I feel you Barbara or I would if you'd just ramp up to 3D capability!

That's hilarious Allison. All roads lead to you, it's lyrical really.

I love vanity Googling. That, Wikileaks, and this is what the internet was invented for:

Loved the link Mistress. I've been that baby and I think I've been in that bar too!

hooray, your writings on theater and writing much missed!

I just hate that 網頁設計 beat me to saying once again how much I love your writings on theater. Darn!

I'm already living in 3D and believe me when I tell you it's not all that it's cracked up to be. It's sort of dizzying in fact, and you have to wear those stupid 3D paper-frame glasses all the time. Not chic at all.

So wait...is it still OK if I Facebook stalk you?

Also, please to be writing more about the writings and theater. And don't forget to boycott American women.

You always know what to say 網頁設計 !

Maybe if I lend you my fancy plastic glasses Zed, 網頁設計 will pay more attention to you. We have to end this war!

Oh it is good to see you back ol' friend. We've missed you here in blogdom.

I was wondering if maybe I could interest you in a little blog fun? Flannery and I both write for a group called Flash Fiction Friday. You get a week to pen a story to go along with the prompt and at the end of the week everyone reads everybodies stories. It has saved my blog from totally petering out and it really is a great group of writers. I just thought with your marvelous imagination and your command of a turn of phrase, you would be a natural. Swing by and take a look. I'm hosting this week and Flannery and I both wanted to extend you this invitation.

Tell me what you think.

We are also one Facebook if that makes it any easier. Just search Flash Fiction Friday.

Thanks for the props. I am fairly pleased with myself over my latest feat. I will email you the details.

About the woman finding her sister's old lover: somehow, the term 'paternaty' comes to mind.

Is there no escape from FB?

Great to hear from you Doc and I've read some of your FFF as well as Flannery's. Interesting stuff for sure. Fiction isn't my strong suit but maybe I'll give it a go one of these days. Thanks for the invite.

If ever I need assistance in tracking someone down, you're my go to Punchman CP.

There can be no escape X. Dell. This is the way I pretend I am still young, by having an account to begin with.

My "google self" apparently is some brilliant doctor. Excellent :)

I expect nothing less than brilliance from you Suze, good going!